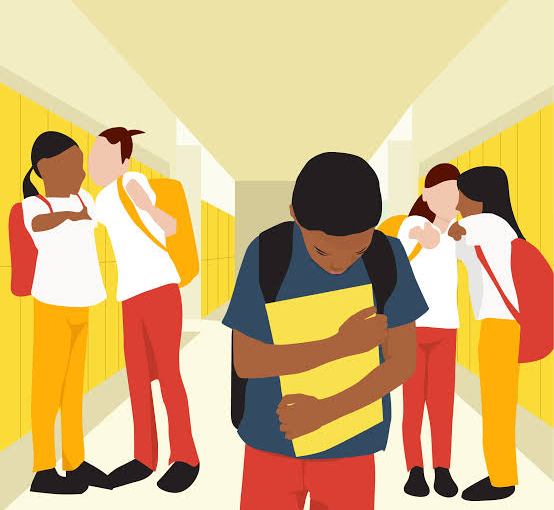 The past week has been, for me, a long stretch of conversations about bullying. It started on Sunday after I tweeted saying, “Dear bullies,
Though I don’t agree with your methods, I understand that dealing with that situation must be hard and making another feel worse makes you feel better. Try to understand that, for them, dealing with you must also be hard.”

A friend saw the screenshot of the tweet when I posted it on my WhatsApp and sent me a message about a friend who had just hit him up with a story about how he was bullied when he was younger. The next day, I went to work and spoke to my supervisor, saying it’d be a good idea to discuss bullying on air. We spoke for a while before he told me a story of a colleague whose son was bullied when he was a junior.

Not surprisingly, when said boy became a senior, he started to bully a junior. He almost got the same punishment as the previous bully. In short, what I’m trying to say is that it generally operates like a boomerang — it always comes back. One person is dealing with an overwhelming issue and feels powerless against it. That person decides to pick on someone smaller to prove to her or himself that they’re not powerless. This is one example of a psychological phenomenon called escapism.

In truth, the problem will persist as long as you don’t face it, no matter how bad you make the other person feel. If it doesn’t end with you, you will bully someone who will bully someone else until it passes on to the next generation. This isn’t just in school. It’s everywhere, in offices and places of business.

December last year, I entered the NYSC scheme and I got posted to a place of primary assignment that doesn’t offer any allowance or bonus. It’s so bad that there’s no WiFi even, yet I try to be at work three times a week. I say this to say that, in light of that, I decided not to get dressed up anymore when going to work, especially because it’s radio and to top that, I’m behind the scenes on radio. How much more invisible can I get?

Yet, few weeks ago, I was in the office with my supervisor when this particular man, a presenter, came in to speak with my supervisor. Next thing I know, he says to me, “are those work slippers?” He was referring to my Nike slides. I smiled and told him, “I guess I’m about to find out.” Someone who was more important than him came in and the conversation ended. I was really out to give him an earful that morning but I guess there’s a bigger picture.

Because few days later, he learns that I have been a big contributor to an early morning talk show and he started complimenting me because someone had called my supervisor in his presence and requested a script I had written for the show, saying he thought it was brilliant. In short, so far, he’s left me alone.

If I had let myself be intimidated, who knows what else would be next. I know that it’s something they wouldn’t condone, if reported but the most effective bullying usually don’t get tabled. The victim begins to lose self-esteem and any chance they get to feel bigger than someone else, they jump on it.

If you have been a bully, I think it’s time you begin to face the things that make you insecure and tackle them instead of tackling some other helpless person. If you’re a victim of bullying, it’s time to take strategic actions to ensure that it stops. In either case, whether you are an individual or a group, you know how they always say “it begins with you”? Here is something that ends with you. Stop bullying and stop giving in to bullies.

Until next time, this is Cruise Control and I am Oloye Emeka saying life na cruise, catch am.